Delusion: Reflection on "I love the way you lie"

There's nothing more error than to live in the delusion of 'feeling' good while it is obvious there's something wrong happening in the world today. In the neighborhood where we thought that's nothing going on here, 'boring' 'same old day', we are deluded. Violence, drug addiction, infant killing, child abusing, missing child, rape, killing, people dying, hungry children, widows in needs and all kind of behaviors that seems like animals are having higher moral value than we are. "'Peace, peace,' when there is no peace”, the Scripture said (Jeremiah 6:14). Adam Clark comments this verse by saying 'You shall have prosperity - when there was none, and when God had determined that there should be none... the people continued in sin, being deceived'. These days, newspaper filled with promises on easy income, do this and that and money will come to you. Some are true and mostly are not. Nothing wrong with that BUT you see, 'Easy come, easy go'.


This song chorus by Eminem feat Rihanna gets me to think that - We are easy to be deluded and deceived by our own thought about happiness base on our ignorance than facing the facts. (Thanks to Eminem for bringing this out, yeah man) It burn but 'I like the way it hurt'. It false but 'I like the way you lie'. Peace! Peace! Peace they say when there is no peace. Back to our family, yet there is no absolute peace, we somehow manage to 'fight' within our own flesh and blood. Run as far as you can and stay on the remote island all alone. Do you think you can find peace? No! Even Tom Hanks in the movie 'Cast Away' argues with a coconut!

WFP (World Food Programme) had compiled a database on Hunger Statistic (2006 - 2009) in their website:
(Peace? Try reading our local news headline…)
When all we can think about everyday is ourselves, we will have little or no time to think of others in need. When the world say 'You is important', 'How about me?', 'You can get everything you want', the ignorance believe and exhaust themselves to get it by any mean; leaving no time for kids, wife, family, friends and God. Delusion and deceive blinded their mind. It 'burns' their life yet they like the way it 'hurt'. They realized that they have faith on false promises but it so sweet in the beginning that they soon fall in love with 'lie'. Open your eyes to the world today. Don't be a generation of ignorance. The world is not getting better, but we must do something about it. Start with you (and myself) first. Face the reality, acknowledge our sin, come back to repentance and seek for ultimate peace: Jesus the Prince of Peace. 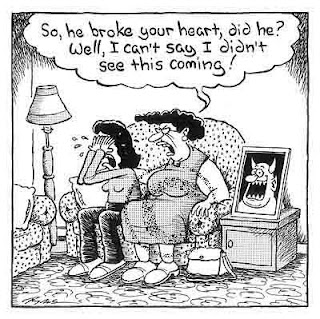 We not just gonna stand there and watch them burn, that's not alright because we don’t like the way they hurt,

We not just gonna stand there and hear them cry, that's not alright because we love to see them smile.

Posted by Richard Angelus at 7:31 PM