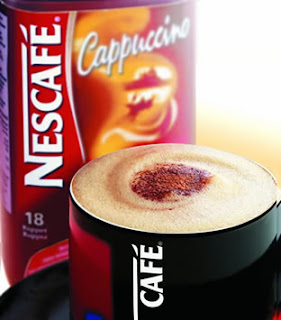 I had a friend who was always depressed and sad (ok, most of the time). While in campus during my studying years, I almost never see him smile for more than 15 minutes. He always got an issues going on. There are times when I saw him from the distance I would questioning myself, 'Oh my, should or shouldn't I met him... he gonna make my day cloudy'. Are you smiling now? I bet you had been in this kind of situation before huh? …So I said to myself, 'Ok not now!' and I hide somewhere behind the wall, pretending to be busy. "Hey, what are you doing?” he asked me. Well, of course, our campus is not that big plus, who won't recognized someone who wearing white T-shirt among many who wears black that day. (Gothic la konon pakei baju hitam) I replied, "On my way to my room, class cancel today." We talked about 5-7 minutes.


During that conversation, I just can't ignored the fact that something is bothering him because he kept making the sound 'huh' 'hah' 'hmmm...' a signal for 'please ask me'. It's not that I don't care about how he felt, I asked him for so many times before and the problem was always not that big deal, it was a small and tiny Minnie problem. Since I value this guy as a friend, I have not 'choice' but to asked him, "What happen to you?” Then, he said his 'big problem' is his roommate always steals his 3-in-1 Nescafe pack and didn't tell him about it.

See, that's why I try to avoid asking him. I pat him on his shoulder. I told him that you really need to ask your roommate personally. Talk to him gently and politely. Don't assume. Finally, I confessed to him with a nice massage on his shoulder that I took 2 packs from him during his camp and the rest, I don’t know. (hi2) Yes, he talked with his roommate and their relationship was getting better.

How many times we mad, sad or discourage about something that we don't really know what exactly happen? Or the problem may arise by our own assumption? The other contribution to this kind of similar disease is: believe in 2nd hand news 100%. Someone share with me that '_____' book is not good to read. 'Why?' 'Because I read the summary of others critics saying that it’s all about money and personal success, it just not right.' 'Is it? Have you read the book?' 'No I didn't' 'Then, how to do really sure that it is not good?' (Some critics said that movie 'Fireproof' is very bad, I nearly believe, not until I watched it for myself. I burst into tears... like a cry baby. The movie is amazing!)

I said Jesus is the Son of God. He dying on the cross to cleanse and forgive our sins. Would you just believe me? I hope you will, but perhaps I maybe lied. Check it for yourself. God bless you.

Posted by Richard Angelus at 12:21 PM