Week 9: Self-Control - Show to our body who is the Boss! 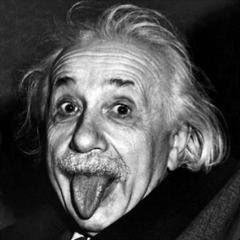 "Never miss a good chance to shut up" - Will Rogers

"Oh shit!” I said. It was loud and clear s.h.i.t. word. (I won't tell you why I said that but I did) It is suppose to means dung, but what I really mean is in the context of 'profanity' in Modern English. I was stunned with my own word because back then I remember I said to myself not to use any profanity language anymore. (James 3) Those are pretty common problems, aren't they? We have all exceeded the bounds of wisdom by failing to restrain ourselves. We all suffer from the same ailment: lack of self-control.

I'd been with someone who will kicked the chair if his favorites football team losing the games. I myself shout when someone had across the 'boundaries'. My brother would smash his hand phone when something really pissed him off. (Twice; one of it is mine- he paid me back) Politicians would scream at the parliament not knowing that the TV’s cable and the mike are ON! Mother would 'bang' that kitchen ware just because of a single tinny fly is freely flying around the room. You... yes you; do you remember when someone pushing you back rushing to get their sits when that school bus is coming? Or do you remember that 'enemy' of yours when he/she say something that's untrue about you to your love ones? Oh 'bang!', 'what the f**k!', 'Shut up!', 'you bit*h!' etc automatically comes out of your mouth... you feel good... finally 'I said that', you smile and thought that he/she deserved it. Ha ha... em... ouh... ~ I don't believe I just said that... 'I'm sorry. I didn't mean to say that... I was angry, frustrated, stupid...’ By the time you realized that you shouldn't said it, it was too late. (Please stop reading if you never done that or if you think that you're on the 'right' side) We were (are) lack of self-control.

One of the greatest weapons of destruction for men is: tongue! James wrote "Look at the ship... though they are so large and are driven by strong winds, they are guided by a very small rudder wherever the will of the pilot directs. So the tongue is a small member, yet it boasts of great things". With it we praise and pray and bless others. From the same mouth we also curse and say those nasty words. So what we gonna do? I don't suggest us to remove it and all of this mess will never happen again, I suggest us to control it. Show to our body who is the boss! Tongue will not say it if it is not our will. We can control it! We can have self-control.


The dictionary tells me that Self-control is Control of one's emotions, desires, or actions by one's own will. Base on yours and my experience, to implement self-control has proven very difficult. Yet as difficult as it is, don't make it an excuse.
How?
The Book of Proverbs outlines very well regarding on self-control, here are some examples:
But tongue is not the only place we need to have self-control. We also need to control our thought, hands, feet’s, and eyes (get out from that pornography videos and websites!) Like I said even though this body is ours, beyond any human capabilities, soon or later we will fall; defeated by our own flesh. Paul the apostle struggle with the flesh very much like we does, 'I do not understand my own actions. For I do not do what I want, but everything that I hate... For I have the desire to do what is right, but not the ability to carry it out... For I do not do the good that I want, but the evil that I do not want is what I keep on doing.' (Romans 7:15-19) Do you feel the same way? P.s: We need the highest power to overcome these self-control foes called tongue and flesh. We need God.

Finally (though I have much to share, incase you already boring), there is no greater example of self-control than Jesus. Richard J. Foster in his book 'Christian Reflections on Money, Sex, and Power' writes:

Have you ever noticed the number of times Jesus refused to use power? He refused to dazzle people by jumping off the pinnacle of the temple (Matthew 4:5). He rejected the temptation to make more 'wonder bread' to validate His Ministry (John 6:26). He refused to do many wonderful works in His own hometown because of the unbelief of the people (Luke 4:16-27). He said no to the Pharisees when they demanded He give a sign to prove He was the Messiah (Matthew 12:38). At His arrest, Jesus said He could have summoned a whole angels but He did not (Matthew 26:53).

That's self-control! You and I may fall during this process but don't give up. Refuse to surrender to the flesh, surrender instead to Christ and let Him live His life through you. Have self-control. Fin.

Posted by Richard Angelus at 11:17 PM