Month of May free books 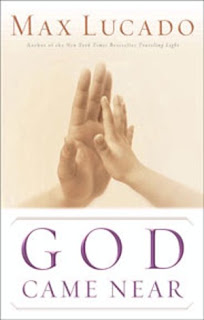 Have you watch movie 'Thor'? Thor is a powerful warrior. But because of his reckless actions, he had ignite an ancient war. Due to his continuous disappointing actions, his father Odin had to cast him down to earth to live among humans without his power. Thor is a Norse Mythology.

Have you read the Bible about Jesus? He didn't begin the war. His actions is just. Father did not cast Him away, but sent Him to us. Paul writes about Him;
"He had equal status with God but didn't think so much of himself that he had to cling to the advantages of that status no matter what. Not at all. When the time came, he set aside the privileges of deity and took on the status of a slave, became human! Having become human, he stayed human. It was an incredibly humbling process. He didn't claim special privileges. Instead, he lived a selfless, obedient life and then died a selfless, obedient death—and the worst kind of death at that—a crucifixion." (Philippians 2 The Message)


But why He came? What so great about it? Did God really came near? or is this another Mythology just like Thor? Aren't you curious? I hope that this book might help you to come near to Him.

Get your copy now!!!

How to get this for free?

Posted by Richard Angelus at 9:43 AM

Email ThisBlogThis!Share to TwitterShare to FacebookShare to Pinterest
Labels: Free