Your Defeat Is NOT Fatal 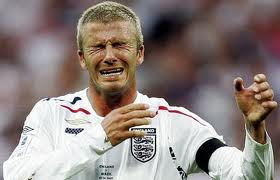 Defeat. Does this word familiar to you? One year ago? A few months ago? 3 days ago? This morning? or maybe just now? Louis L’ Amour once said ‘A wise man fights to win, but he is twice a fool who has no plan for possible defeat.’


I had a friend who doesn’t know how to handle defeat. Her life was roses without thorns. A day without rain. A night without cloud. All sweet. All bright. All cool. At the peak of her performance, after entering the real world, she stumbled to the ground zero. She always gets the top 5 Golden Students award in her school, at least that what people told me. (I believe little especially the existence of Golden Students award) But I witnessed this; she was the best student in her class during our college time. Envy – I’m the first. Proud – I’m the one. Saw her stumble – my eyes do.


She stumbled because this is her first time to ever face reality: the workplace. She cried because she cannot stand the pressure of the evilest boss in her world. And to make things worse, this is her first boss! She used to be the apple in her lecturer’s eyes, now she’s the rotten mice in her own shoes. ‘Her own shoes’ because it was only a small mistake as her boss described it. But the way she saw it – It was a failure, disaster, and defeat. When I asked how she was doing with her job, she said, “I know I’d done mistake but I cannot take it. I’m a failure. I never had been this way before. I don’t think I can face reality, I wish I can live a student life over again."


I smell defeat. I smell fear of failure. I smell someone who always expecting to win but not ready to overcome adversity through challenge or trouble. Sometimes we can smell it all from both you and me. Looking back at our life slide-shows, it was failures that teach us most of the lessons. It was defeat over and over again that keeps us stronger than before. If you win all the time, your character has no chance to grow. But if supposed you win or excel all the time, you might become proud, arrogant, and rely on yourself most of the time.


Perhaps that’s why God may allow some failures in your life. Perhaps if you defeat from time to time, He might keep you humble and be dependent on Him again. Perhaps through your difficulties that your character grows and being humble will be the best remedy for the decease of defeat in your life.


Now, she is A-Okay. She had learned to be strong and accepting her past ‘mistake’ to be a reminder for her to dependence on God in every situation. She sends me a verse from Exodus 15:2 through my e-mail. It’s a declaration of her independence from the slave of past defeats and announcing her dependence on Jesus, her personal Lord, and Savior.

“The Lord is my strength and my song;
He has given me victory.”


THINK BIG God is never defeated. START SMALL Allow God to use times of defeat to grow your character and develop your humility. GO DEEP F.R.O.G. = Fully Rely On God.

Posted by Richard Angelus at 4:17 AM

Email ThisBlogThis!Share to TwitterShare to FacebookShare to Pinterest
Labels: Inspiration