My Easter Day Challenge to You, O Searchers for the Truth 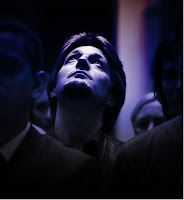 Nicky Gumbel, pioneer of the Alpha course, writes: ‘If you could meet any person in the past and ask just one question, whom would you meet and what question would you ask?’ When asked this, Professor Joad, then professor of Philosophy at London University, and not a Christian, answered: ‘I would meet Jesus Christ and ask him the most important question in the world – ‘did you or did you not rise from the dead?’

Easter is all about the death and resurrection of Jesus Christ. If Jesus Christ did rise from the dead on the first Easter Day then He is alive today and we can know Him.

One of Jesus’ controversial claimed in the Bible is that He claimed to be the unique Son of God – on an equal footing with God; “I and the Father are one" (John 10:30NLT). He assumed the authority to forgive sins; “Your sins are forgiven” (Luke 7:48). He said that one day He would judge the world and that what would matter then would be how we had responded to Him in this life; “When the Son of Man comes in his glory, and all the angels with him, then he will sit upon his glorious throne. All the nations will be gathered in his presence, and he will separate the people as a shepherd separates the sheep from the goats. He will place the sheep at his right hand and the goats at his left” (Matthew 25:31-33). All these claimed are invalid if Jesus did not rise from the dead. His words are nothing and can be ignore if the resurrection of Jesus did not happen.

C.S. Lewis, in his book Mere Christianity, pointed out that if Jesus was not whom he claimed to be (as the above), then He must be a lunatic, a liar, or – the Son of God. In his own words he argued,
“I am trying here to prevent anyone saying the really foolish thing that people often say about [Jesus]: ‘I’m ready to accept Jesus as a great moral teacher, but I don’t accept His claim to be God.’ That is the one thing we must not say. A man who said the sort of things Jesus said would not be a great moral teacher. He would either be a lunatic — on a level with the man who says he is a poached egg — or else he would be the Devil of Hell. You must make your choice. Either this man was, and is, the Son of God: or else a madman or something worse. You can shut Him up for a fool, you can spit at Him and kill Him as a demon; or you can fall at His feet and call Him Lord and God. But let us not come with any patronizing nonsense about His being a great human teacher. He has not left that open to us. He did not intend to.”

This coming Easter Day I challenge you, O searchers for the truth, to examine Jesus; His words, His claimed, and His resurrection from the dead with open mind and open heart. To take into considerations that Jesus is who He claimed to be – the Living Son of God. He died, He was raised and He is alive today. Amen.
THINK BIG. START SMALL. GO DEEP.
Free Booklet for Easter Day!

I’m giving away 10 booklets by Nick Gumbel, the pioneer of the Alpha course, entitled “Why Easter”. In this booklet, he tackled on some very important questions in Christianity such as ‘What so important about Easter?’; ‘Why is there so much interest in a person born 2,000 years ago?’; ‘Why are so many people excited about Jesus?’; ‘Why did he die?’; ‘Why do we need him? Why did he come?’ etc. Come and get your own copy, O searchers of the truth!

Posted by Richard Angelus at 1:47 AM