Saved by Smoking the Word

Jacob Koshy grew up in Singapore with one driving ambition: to be a success in life, to gain all the money and possessions he could. That led him into the world of drugs and gambling, and eventually he became the lord of an international smuggling network. In 1980, he was arrested and placed in the government drug rehabilitation prison in Singapore. 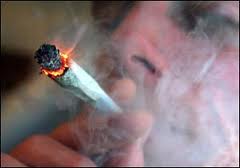 He was frustrated beyond endurance. All his goals, purposes, dreams, and ambitions were locked up with him in a tiny cell, and his heart was full of a cold emptiness. He was a smoker, and cigarettes weren’t allowed in the center. Instead, he smuggled in tobacco and rolled it in the pages of a Gideon Bible. One day he fell asleep while smoking. He awoke to find that the cigarette had burned out, and all that remained was a scrap of charred paper. He unrolled it and read what was written: “Saul, Saul, Why do you persecute me?” (Acts 9)

Jacob asked for another Bible and read the entire story of the conversion of Saul of Tarsus. He suddenly realized that if God could help someone like Saul, God could help him, too.

There in the cell he knelt and prayed, asking Christ to come into his life and change him. He began crying and couldn’t stop. The tears of a wasted life washed away his pain, and God redeemed him. He started sharing his story with the other prisoners, and as soon as he was released he became involved in a church. He met a Christian woman, married, and is now a missionary in the Far East where he tells people far and wide, “Who would have believed that I could find the truth by smoking the Word of God?”*

Posted by Richard Angelus at 7:29 AM