The Freedom of Being Single 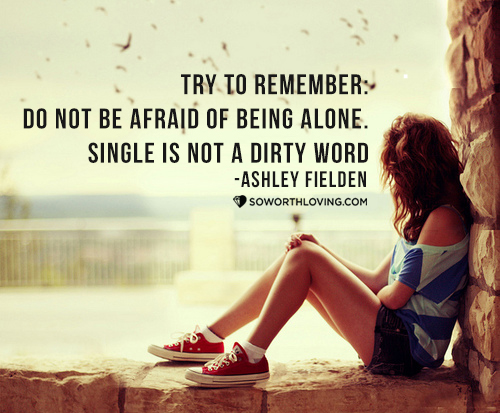 I read about one woman who, after many years of being single, accepted a man’s proposal and married him. It terribly disrupted her life. Up until then she had freedom to go where she wanted to go, to do what she wanted to do. She had everything arranged in her house just the way she liked it. She had her cosmetics arranged in her bathroom just so. She could go to bed when she wanted, and she could get up when she wanted. She prepared what she liked to eat without having to bother with anyone’s else’s fussiness. She had the house empty so that she could pray and study her Bible and sing to the Lord. And she had nothing to distract her from pouring herself into her church and into the service of the Lord.

All that changed when she married, and she testified later, “I finally adjusted to it and I love my husband; I believe it was God’s will to marry. But I gave up a lot of advantages, and I often miss being single. I had so much more freedom to serve the Lord as a single than I do now.”

Which is better – being married or being single? Both, and neither! God leads us all differently, and there are advantages and disadvantages to both. But in 1 Corinthians 7:1, the Apostle Paul said in effect, “It is good to be single.” And in verse 7 he said, “I love being single. I wish everyone could be single like I am. I wish all were as I am.” [P.s: Apostle Peter married].

Which is better – being married or being single?
Both, and neither!
But for singles: Remember, there is more freedom of being single.
More freedom to serve the Lord.
THINK BIG. START SMALL. GO DEEP.

Posted by Richard Angelus at 10:01 AM