Jesus and a Paralyzed Man


“Some men came carrying a paralyzed man on a bed (or stretcher), and they tried to take him into the house and put him in front of Jesus. Because of the crowd, however, they could find no way to take him in. So they carried him up on the roof, made an opening in the tiles, and let him down on his bed into the middle of the group in front of Jesus” (Luke 5:18-19, GNB) 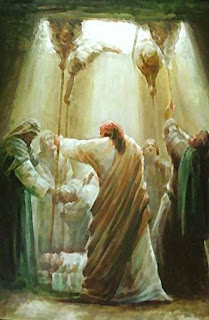 A paralyzed or a lame man was let down through a roof hoping that Jesus would heal him. The paralyzed man’s friends, probably four of them, carried him to Jesus maybe had little idea of their friend’s greatest need: forgiveness. Perhaps the paralyzed man himself didn’t realize that he needed forgiveness more than anything else. All of them seem to have thought that nothing mattered more than the man being healed and able to walk.

But Jesus knew that forgiveness was the number one priority for this man – not his physical healing. So often we delay asking for forgiveness and hesitate before offering our forgiveness. Why? Because we think that practical or physical issues are more urgent or more important. Here Jesus showed that forgiveness is the highest priority. “When Jesus saw how much faith they had, he said to the man, ‘Your sins are forgiven, my friend’” (Luke 5:20). What wonderful news!

Yet it caused an outcry. It caused dissatisfied among those who don’t understand what real forgiveness is! The enemies say to themselves, “Who is this man who speaks such blasphemy! God is the only one who can forgive sins!” (5:21) They were right – only God can forgive sins. Jesus forgives sins. Therefore, Jesus is divine. Jesus has the authority to forgive sins.

Jesus knew what they were thinking (which only God can do). He “knew their thoughts” (Luke 5:22), and asked them whether it was easier to tell the paralyzed man that his sins were forgiven, or to tell him to pick up his bed and walk. The answer was obvious. So to prove that Jesus had the authority to forgive sins, Jesus “said to the paralyzed man, ‘I tell you, get up, pick up your bed, and go home!’ At once the man got up in front of them all, took the bed he had been lying on, and went home praising God” (5:25-26).

The man was healed – but his healing was only evidence, proof, that his sins had been forgiven by the word of Jesus. Jesus can forgive sin. In fact, He died for our sins in order that if we place our faith in Him, that continuous believe in Him, we can gain eternal life. Jesus has the authority to forgive us of our sins.

Would you come to Jesus for forgiveness?
Do you believe that Jesus can heal you inside-out?
Come to Him in humbleness and in faith-believing
THINK BIG. START SMALL. GO DEEP.
And if you do – that’s when repentance comes in and your life changed!
You too will “went home praising God"

Posted by Richard Angelus at 2:11 AM