C.S. Lewis on the Father and the Son

C.S. Lewis in his book Mere Christianity, he writes:

“We must think of the Son always, so to speak, streaming forth from the Father, like light from a lamp, or heat from a fire, or thoughts from a mind. He is the self-expression of the Father – what the Father has to say. And there never was a time when He was not saying it. But have you noticed what is happening? All these pictures of light or heat are making it sound as if the Father and Son were two things instead of two Persons. 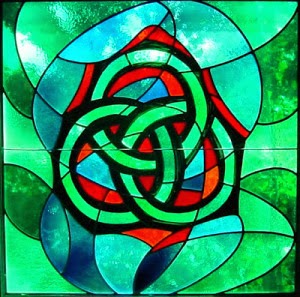 So that after all, the New Testament picture of a Father and a Son turns out to be much more accurate than anything we try to substitute for it. That is what always happens when you go away from the words of the Bible. It is quite right to go away from them for a moment in order to make some special point clear. But you must always go back.

Naturally God knows how to describe Himself much better than we know how to describe Him. He knows that Father and Son is more like the relation between the First and Second Persons than anything else we can think of. Much the most important thing to know is that it is a relation of love. The Father delights in His Son; the Son looks up to His Father.”

It is fit to end this lengthy quote with God own words:
“[The Word] became flesh and dwelt among us, and we have seen his glory,
glory as of the only Son from the Father, full of grace and truth” (John 1:14, ESV)

Posted by Richard Angelus at 1:52 AM