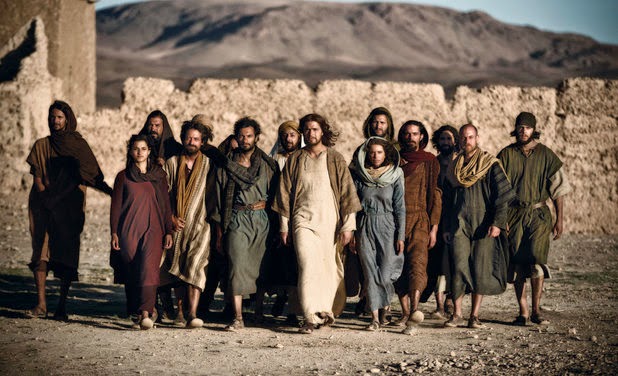 “Then Jesus went up a hill and called to himself the men he wanted.
They came to him, and he chose twelves whom he named apostles” (Mark 3:13-14, GNB).


After rejection from the religious teachers, healed many people and exorcized evil spirits, Jesus went on in action to choose twelves men to be his advocates, that is – the Twelve apostles. These were the ones that Jesus had shared so many meals and experiences together. It was they who became the first leaders of the Christian movement after Jesus’ ascension. They were the men on whose training much of His attention would be focused, and on whom the continuation of His mission would depend. “I have chosen you to be with me,” Jesus told them. “I will also send you out to preach, and you will have authority to drive out demons” (Mark 3:14-15).


Three specific reasons why Jesus chose them: to be with Him, to preach and to drive out demons. Here I notice that the last two – preaching and exorcism – are specific activities Jesus want them to do. The first element in discipleship, a purpose that took priority over these two activities, is “to be with [Jesus].” They were not first called to be martyrs and not to kill people in the name of god like pagan religious does; they were called to be with a person – Jesus Himself. Their relationship with Him was the secret of their effective discipleship. I want to focus on these three words: “Be with me.”


“Be With Me”
Jesus called them (and us) to be something before He commissioned them to do something. Being is more important than doing. Preaching the Good News and casting out demons were and are important tasks. But first Jesus wanted a relationship of closeness and intimacy with Him. In the midst of our activity-based of doing Christian ministries today, I perceive that we have missed the first requirement for Christian life – to be with Jesus. Often we are so wrapped up in what we need to do for Jesus that we miss the primary joy of being with Jesus. I don’t care if our preaching or Bible studies or worship or practise of exorcism are producing fruits, what we need to ask ourselves first is: “Do I have a personal relationship with Jesus?”


Jesus invites us to be with Him. But I wonder, who exactly can “be with Jesus” since He is the Holy One of Israel, the Son of God? If this invitation is based on my goodness, then I am automatically disqualified! (You too okay!) But rejoices! His invitations were and always will be based on His mercy and grace. Just read who Jesus appointed as His apostles (Mark 3:16-19). They were ordinary men like most of us. They were mixed of people like everyone of us. They were sinners just like all of us. Truly, the Good News from God about Jesus Christ is for all and to all who are willing to repent of their sins, believe in Him, follow Him, and “be with Him.”


This is the first element in discipleship: “Be with Jesus.”
THINK BIG. START SMALL. GO DEEP.

Posted by Richard Angelus at 11:17 AM