Jesus on the Unforgivable Sin (A Reflection on Mark 3:22-30) 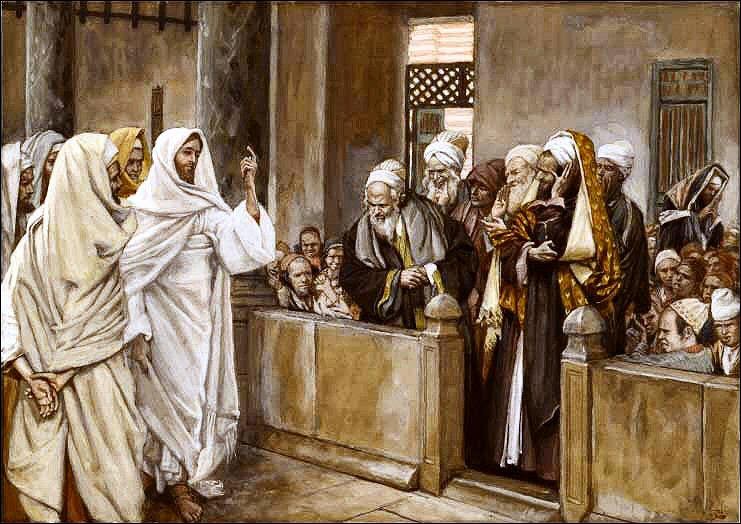 To me this part of the Scripture is like a list of unbelievers or doubters starting from Jesus’ own earthly family members, the people in general and here we will see – from the teachers of the Law. When these teachers from Jerusalem observed or probably only heard about Jesus’ works, especially His authority over evil spirits, they concluded: “He has Beelzebul in him! It is the chief of the demons who gives him the power to drive them out” (Mark 3:22, GNB). “Beelzebul” is a derogatory name for Satan or lesser being than Satan, which literally mean “Lord of the Dung.” So they simple accused Jesus’ wonderful works as having it source from “the chief of demons.” They attribute Jesus’ powers as from satanic powers. They and the people were saying “He has an evil spirit in him.” (Mark 3:30) This is blasphemy!

Satan is wickedly evil but not stupid. Satan has power but Jesus is more powerful. Satan is strong but not the strongest, Jesus is. That was why He said, “No one can break into a strong man’s house and take away his belongings unless he first ties up the strong man; then he can plunder his house.” (Mark 3:27) It was a declaration that Jesus has bound Satan so that through Him people can enjoy their freedom in God.

Jesus then said a subject that has puzzled and terrified people to this day – the unforgettable sin, “I assure you that people can be forgiven all their sins and all the evil things they may say. But whoever says evil things against the Holy Spirit will never be forgiven, because he has committed an eternal sin.” (Mark 3:28-29) Excuse me, will never be forgiven? Eternal sin? Why? Isn’t God is the God of mercy and grace? Wasn’t Jesus Himself died for us in order to provide the way for our sins to be forgiven? I don’t understand!

In his book Where the Action Is, Ralph P. Martin has written some good words of explanation that I couldn’t figure out just now. He writes, “Blasphemy against the Holy Spirit is an attitude of resistance to the Holy Spirit, a rejection of God in human life and a perverse confusion of moral values and issues… In Jesus’ teaching, it was blasphemy to attribute satanic powers to Him or to believe that He was none other than a false prophet inspired by the devil. To attribute His words of mercy, done in God’s name to Satan, said Jesus, is to be morally perverse and spiritually blind. To say that He is the devil’s Messiah is to cut oneself off from all understanding of who He is, and so deny oneself access to God’s forgiveness. This is the ‘unforgivable sin’ – unforgivable because a person like this doesn’t know what right and wrong are, and he is in no conscious need of being forgiven.”

Do not misunderstand the term ‘unforgivable sin’ here. Every sin is forgivable – all, except, the sin of deliberate action of a person who is so morally and spiritually twisted that he attributes God’s work to the devil. The unforgivable sinner, sad as it may seem, I think had lost all the sensitivity to God. I urge you, don’t be like this. The fact that you think you have done an ‘unforgivable sin’ is a sign that you’re not doing it. You’re still under God’s forgiveness. If you have sinned, God’s desire in Jesus Christ is to restore you through your repentance, confession and His forgiveness. Beware not to harden your heart like “the teachers of the Law.” Do you understand now?!

Posted by Richard Angelus at 11:23 AM