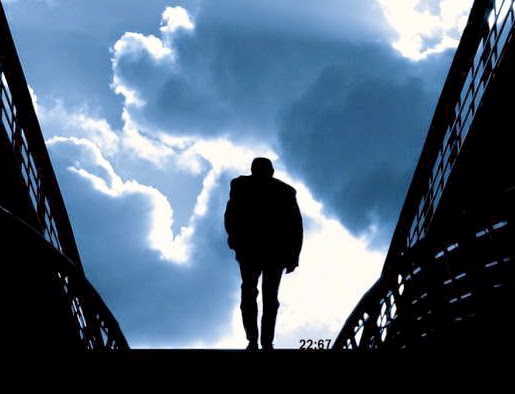 A young man had been brought up in a home where God and the Bible were revered. Although the Gospel was often presented to him with loving urgency, he refused to believe and became increasingly rebellious. Finally he said, “I’m sick and tired of Christians. I’m going to look for a place where I can avoid them.”

His mother wept as he packed his suitcase and left home. He boarded a train, only to find that two passengers seated behind him were discussing the Scriptures. “I’m not going to stay here,” he muttered.

At the next stop he left the coach and entered a restaurant. To his dismay, some elderly women were talking about the return of the Lord. Knowing a ship was docked nearby, he decided it might be a way to escape the ‘religious chatter’ he encountered at every turn. But when the steamer embarked, he discovered that it was filled with happy young students from a Bible academy.

Thoroughly disgusted, he made his way downstairs to find the bar. Approaching the captain, he exclaimed, “Say, can you tell a man where he can get away from all these cursed fanatics?” The skipper looked up and said with a grin, “Yes, just go to hell. You won’t find any (born again) Christians there.”

These startling words caused him to realize his eternal peril and when he returned home, he received the Savior.

Posted by Richard Angelus at 7:24 AM